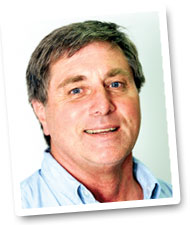 Describing my new life in Tasmania, after I had left Britain in the mid-1990s, I told friends I was “dancing on the edge of the world’’. I had borrowed the phrase from the Beat Poets who migrated to San Francisco from the East Coast of the United States in the 1950s, and it described perfectly a world so different from the one I had left behind – the hectic Fleet Street where I worked on the Independent newspaper. The less frenetic life in Tasmania gave me time to write a weekly column on bird-watching for my new employer, the Mercury in Hobart, and this website largely draws on these under the On the Wing heading, along with other essays on wildlife which fall under a separate category, New Nature Writing.

I am also the author of four books on wildlife – The Shy Mountain (published in 2017), Riding the Devil’s Highway (2015, available as an ebook), Dancing on the Edge of the World, a collection of essays about birdwatching nominated for the Tasmanian Literary Award in 2010, and The Falconer of Central Park published in the United States (1984, available as an ebook). I also contributed to Central Park: An Anthology (2012).

Silent and brooding, the Shy Mountain does not have to speak her name. We know she’s there, watching … END_OF_DOCUMENT_TOKEN_TO_BE_REPLACED

Although written more than 30 years ago, The Falconer of Central Park has remained popular ever … END_OF_DOCUMENT_TOKEN_TO_BE_REPLACED

Tasmania might be known internationally as the home of the Hollywood cartoon character, Taz, based … END_OF_DOCUMENT_TOKEN_TO_BE_REPLACED